On this page I have listed a few of the groups & balladeers who played a major part in determining the musical genre & consequently, the political ideologies that I would adopt from my early teens right up until the present day.

It was while spending the school summer holidays at my grandfather's home in County Donegal in 1975 that I was first introduced to Irish Folk/Rebel music by a cousin of mine who was also down on holiday from Belfast. He had recently acquired an album by a group called "The Barleycorn" entitled "The Winds Are Singing Freedom". I was immediately smitten by the fervour, passion & the unquestionable love of their homeland that was evident in every one of the tracks that these guys performed.

I'm pleased to say that the early 70's pop crap that I'd listened to up until then was immediately resigned to the bin & from that day to this I have never purchased (nor borrowed!) any album that has not been Irish of some description, be it Folk, Traditional, Rebel or otherwise.

People have said to me over the years that to display such a blinkered, one track taste in music is rather odd... if not downright sad! Well that may indeed be the case but each to their own I say... & this is mine... SO THERE!!! 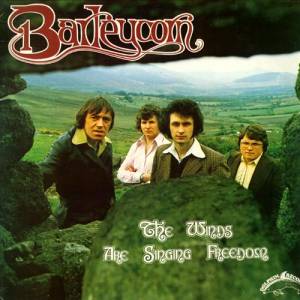 Barleycorn were formed in Belfast in 1971 in the North of Ireland & reigned for many years as the top Irish rebel band. Many of their recordings went straight to number one in the Irish charts. Songs like "The Men Behind The Wire ", "Irish Soldier Laddie", "Boys Of The Old Brigade" & "Bring Them Home" are but a few of the classic compositions written & recorded by them that remain as popular today as they did when first released all those years ago.

The original line up was Paddy McGuigan, (who along with Gerry O'Glacain of The Irish Brigade & Gerry Breslin of Pangur Ban form the triumvirate who are undoubtedly the finest songwriters of the modern Republican ballad), Liam Tiernan, currently performing as a solo artiste when not pulling pints in his Boston Bar/Restaurant, Brian McCormack & John Delaney.

Over the years the band saw many changes in it's line up including stints featuring Paddy Sweeney & the late, great Derek McCormack (no relation to Brian) who was, in my opinion, the finest ballad singer of them all... bar none. (sorry Alan!!)

John Delaney remained the sole survivor of the group, from it's formation in '71 to their demise in '95. John currently fronts "New Barleycorn" after teaming up with John DeGabriele & are now based in Cleveland, Ohio. 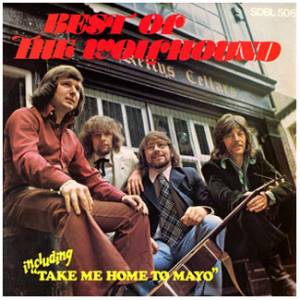 The Wolfhound were formed in Belfast in 1970.Original members were Ray McAreavey, Gogie McCulloch & Danny Burns. Ray & Gogie had been previously with the famous McPeake Family while Danny had been playing with a jazz band. Early on Billy Tierney & Malcolm Rodgers (currently a columnist with The Irish Post) were members of the group. Billy left to be replaced by Kieran Manning & Malcolm also parted company in 1973.

The line up of Ray, Gogie, Kieran & Danny is considered the essential line up. According to Danny... "the troubles were in full swing & all being from Republican families we said we were going to play a part, through our music or anything else". They were booked for their first gig by Sinn Fein & played in a club called "An Cumann Beag" on the Falls Road.

The Wolfhound had major hits with "Provo's Lullaby" (adapted from Woody Guthrie's "Hobo's Lullaby"), "My Little Armalite" (1,000 copies of which were purchased by the Armalite Rifle Company for it's salesmen!), "Michael Gaughan-Take Me Home To Mayo" & "Ireland United,Gaelic & Free".

They were forced to call it a day in 1976 due to... "serious threats on our future well being!" They have reunited several times over the years & I had the pleasure of of playing support to them on one of those occasions when they played to a packed audience in the County Inn, Glasgow in 1990.

Today Gogie lives in Greenland, Nuuk, the capital city to be exact. Ray still resides in Belfast & Kieran is playing in england. Danny sadly passed away in 2002 in Vancouver, Canada.

Many thanks to all at "The Balladeers" for permission to use images & information from their site pertaining to the Barleycorn & Wolfhound.