This analogue recording was made in October 1985  in the now defunct "Swinging Doors" nightclub in Glasgow's east end .

Considering it was originally recorded on VHS videotape almost twenty years ago & lay in a cupboard of my home for the best part of that time it is of surprisingly good quality. (the passage of time has however resulted in a few minor "frame jumps" on a couple of the tracks although I would not consider them serious enough to detract from the viewer's overall enjoyment of the recording.)

Pangur Ban, from Derry city, were undoubtedly one of the finest folk/rebel bands to emerge from the war torn occupied six counties of Ulster during the most recent phase of the long struggle for Irish independence from british misrule.

Formed in 1983 they sadly called it a day at the height of their popularity in '86 having recorded only one album, "DHSScover Ireland". (Which was launched on the evening this recording was made.) Nonetheless, the legacy of classic Republican ballads they left behind in the few short years they were together inspired a whole new generation of budding balladeers to follow their lead & continue to promote the cause of Irish unity & freedom in music & song, many of which were written by these four lads from "The Maiden City".

Such powerful ballads as "Willie & Danny", "George & Pop", "Death Before Revenge" & "The Informer" are but a few of their songs that to this day can be heard performed by Irish musicians the world over & will ensure Pangur Ban's place in the annals of Ireland's musical heritage.

I had the pleasure of sharing a stage with them on many occasions (see track 12 on this dvd) & one of the highlights of my own musical career to date was being asked to contribute my recording of Pangur Ban's "The Informer", written by Gerry Breslin, for inclusion on their album "DHSScover Ireland" when it was re-released on cd in 1999.

(not forgetting their ever faithful roadies...Bobby Brady & Geo O'Donnell!)

First released on vinyl format in 1985, re-released on cd (with the inclusion of track 11 "The Informer") in 1999, this is the only album ever made by legendary Derry folk/rebel band, Pangur Ban.

Album includes such classic ballads as, Willie and Danny, George and Pop and Death Before Revenge, all written by the band themselves and which have been covered by all of the prominent Republican balladeers and groups over the years since being originally penned by these 4 lads from "The Maiden City".

A must have addition to any Republican music collection. 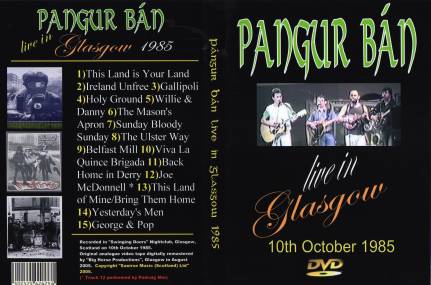 (Please note; This DVD is an original analogue VHS recording which has been remastered to DVD format. Consequently, although fully interactive, it does not contain stereo surround sound nor hi-res images) 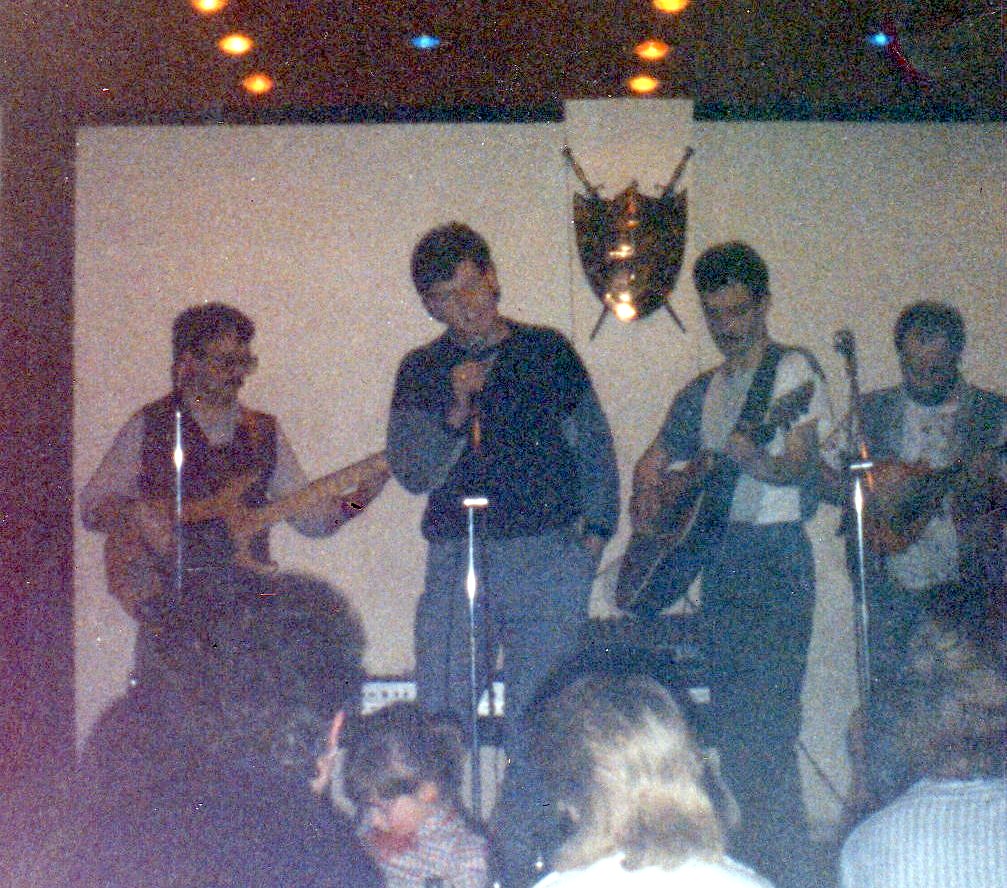 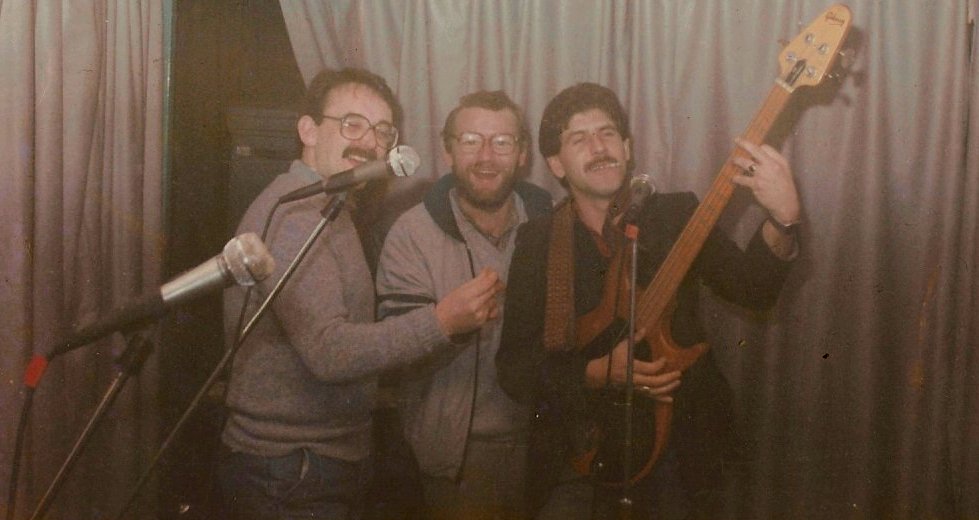